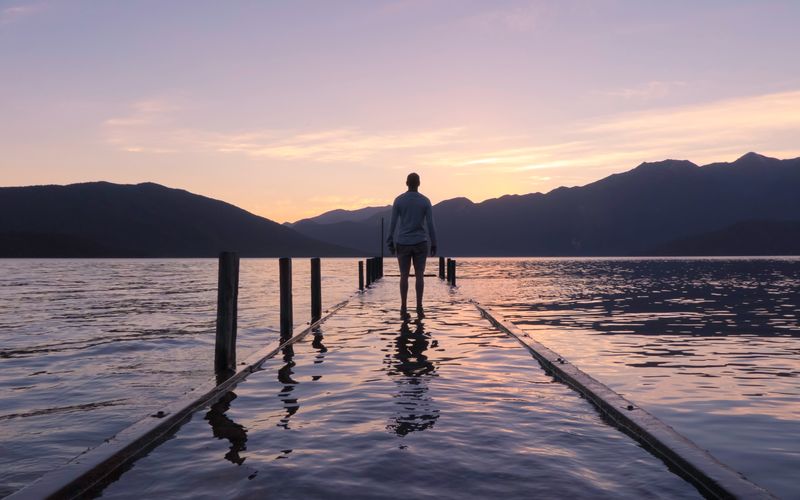 Analysis - Death and Life drives – The Stages of Grief

Death is universally recognised as a man’s natural fate but if this fate is hastened due to a terminal illness or a sudden event, it is then seen as unnatural leaving one or more victims behind. All over the world and in every epoch, death has been depicted as a happening which slips into the world snatching one from life. Myths and rites — whatever the culture is — provide a form and expression for the ambivalent feelings one undergoes facing death.

When a patient suffers from a terminal illness the life wish is deepened and according to Jung, ‘individuation’ — a greater awareness of one’s own nature with its positive and negative aspects encompassing conscious and unconscious, personal and collective, divine and human processes — is then intensified as the psyche rearranges priorities. Since death is an immediate reality, the urge to optimize conscious and unconscious understanding in order to achieve a sense of wholeness escalates. “The psyche is not indifferent to the dying of the individual. The urge, so often seen in those who are dying, to set to rights whatever is still wrong might point in [this] direction” (Jung, 1935).

Jung believed that the psyche of man deals naturally with death and the process of dying whereas Freud compared the death instinct to a wish for death and a ‘silent instinct’ because “there cannot be (…) a direct mental experience of it” (Gordon, 1978). As R. Gordon pointed out, the patient still feels a subjective experience of death as opposed to Freud’s objective to which the death wish only manifests itself in terms aggression or fear and is ventilated outwards. at the death wish, we realise the different behaviours a healthy or sick patient expresses in regard to death: hopes, beliefs, expectations, thoughts…

My experiences while supporting terminally ill relatives combined with my former role as a Marie Curie Helper have been actual instances of the different stages of grief (Kubler-Ross) and of the various feelings patients experience inwards: expressions of anxiety related to their forthcoming death or defences against it until a potential acceptance (Kubler-Ross) or wholeness (Jung). My way of helping them has been to listen to and absorb their various and sometimes paradoxical feelings — the death and life drives — while accompanying them to death with dignity and understanding.

Jung’s thesis was that the psyche of man prepares itself unconsciously to death, especially in the second half of life. His ‘self’ concept describes the forces that seek and strive for wholeness, which is first felt at an earlier state of existence (foetus in the womb) and can be compared to the ‘oceanic’ experience mentioned by Freud. According to Gordon, the death drive and the experience of non-being are held under the ‘self’ concept and the need for fusion and wholeness (i.e. a re-entry into the mother’s womb) is the goal of the death wish.

On the contrary, the drive towards separateness and identity (first felt when the baby recognizes itself as a separate entity) is the goal of the life wish and held under the ‘ego’ concept. “Consequently instinct, or Thanatos, which Freud proposed (…) might be translated into Jungian terms and described as the valence of the self (…)” (Gordon, 1978). Thus, a conscious awareness of death can only exist when an ‘ego-structure’ has developed — I am about to die (separateness acknowledged); dying is then felt as an ego loss. A terminally ill patient of mine gradually accepted this ego loss by withdrawing from the world around her to achieve a sense of fusion and peace within her.

Working with a terminally ill patient confronts the analyst or the helper/carer with his own mortality and the fact that everything is impermanent. Besides, the patient’s physical deterioration and the treatments’ side effects might call for a flexible approach on the part of the analyst or helper; any potential adaptation requires meticulous consideration.

In this article, I have tried to give a brief description of the life and death drives and show how they may be expressed in some cases. The stages of grief by Kubler-Ross are extremely helpful to understand any types of grief you or your closed ones may go through. I shall remind you here that ‘grief’ not only means death, but also other forms of death such as separation, divorce, job loss, house loss, etc.

Get in Touch for Your Complimentary First Session
Mentoring Approach