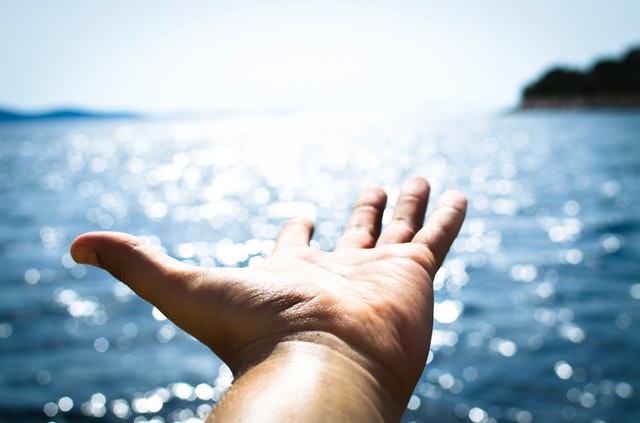 Care, understanding, empathy — meaningful words that have become my motto…

Being Hopeful when Suffering from Cancer

First, I want to clear up any potential confusion. If you or someone you deeply care about is suffering from cancer, it is in no way a death sentence! This dreaded disease everyone is afraid of rightfully is not a synonym for death . It depends on the cancer stage & grade, the cancer-stricken patient’s responses to treatments, the type of cancer, the patient’s age, and so many other aspects I cannot all list here. And I do not pretend to be an oncologist either!

However, I want to make clear that despite the juxtaposition of the words ‘cancer & bereavement’ in my headline, they do not form an inseparable unity. The personal stories I am about to share do not reflect all cancer cases, and clearly not all types of treatments available nowadays. My first direct experience occurred in the 90s, a while back… Fortunately, many advances in cancer research have been fruitful since then and pain is now widely recognized whilst it wasn’t in France back then.

Rather the aim of this article is to show that despite severe pain, tragedies, and excruciating setbacks, life can still be good. It all depends on the way we learn from those rough experiences, how we interpret them largely, digest them hopefully, and how we bounce back after a necessary break enabling reflection and rebalancing.

The Grieving Process , my own interpretation

I should also add that I am not a strong believer in grief when it means recovering fully from ‘death’ or loss and moving on. To me, grieving is a long process. We learn how to live with death and loss whatever form the loss has taken — grief encompasses serious wounds such as divorce, loss of a house, a job, a pet, etc. Therefore, in no way grief means forgetting or moving on without taking into account the pain, and the memory of the lost loved one.

The atrocious idiom I have heard way too many times, “turn the page” or worse “your father died more than 20 years ago, haven’t you been able to beat the pain?”, are totally inconsiderate. The new chapter in your life you are finally able to start after such is not a ‘fresh start’ erasing the difficulties of the recent past. It is rather a way of learning from it, accepting it so that the trauma which has necessarily become an aspect of yourself helps you understand your reactions and emotions in a better and more helpful way. Understanding the past enhances the future, in my opinion.

How it all started

It all started in 1992. My father woke up with a swollen arm with no reason. We immediately asked for a GP appointment and my father underwent a scan which didn’t look good at all: massive lung nodules. Not promising! He was sent to hospital at once and two weeks later, the diagnosis came out like a bombshell. Lung cancer, , three-month prognosis at best…

Not surprisingly, we weren’t ready for this. My father looked healthy, was a bit tired but not that uncommon either, and no symptom could have been detected sooner since we all felt reassured at the previous CT scan one year earlier. Then what, what did we miss?

My mother had just overcome her own illness that we had to fight this dreaded crab, and the doctors were clearly not supportive at all. Luckily, we met a very gifted and empathetic oncologist who looked after my father the best way he could given the prognosis.

The financial burden was also tremendous, but we were lucky to be considered wealthy at the time. The cost for having spent so much on my father’s treatments and for having maintained the comfortable way of life he was used to having in order to uplift his spirits would blow up in our face later on, drastically.

Three months later, the oncologist and doctors could not explain how and why my father was still very much alive and actually, despite the treatments and the cancer stage & grade, living a pretty good life. I like to think that he fought so hard with prodigious dignity thanks to our endless support and stubbornness –we, i.e. my mother and I, I am an only child.

My father’s lung cancer became the case the oncologist would show at medical conferences, the puzzling mystery. As weird as this may sound, the treatments, cancer – and so on – became essential parts of our lives. I started to hate the awfully long periods when my father could not undergo any treatments. They were so harmful that his body needed a break from time to time. This may sound weird again I admit, but treatments meant hope in my mind.

Despite the my mother and I felt each and every morning wondering whether my father would still be alive, would wake up, we were actually happy in this different life. It looked the same as before but quite disparate too. We felt we were lucky my father was still alive with us and that was all that mattered.

support sparking an endless fight generating an endless disease . Yes, we were not hoping for a cure anymore but we did believe in an undeadly disease if not a remission…