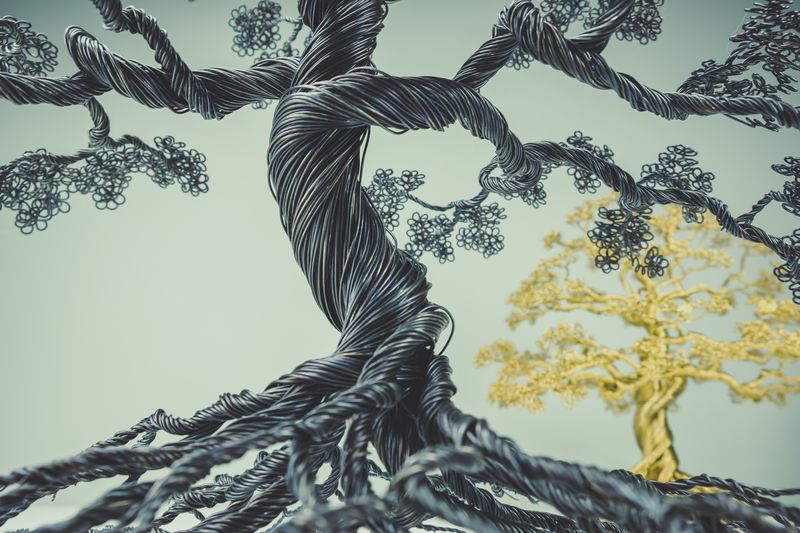 I started reading Freud’s work when I was a teenager. My mother was suffering from a terrible nervous breakdown, which at the time in France was a must-not-be-addressed issue by fear of complete social rejection — and I did extraordinarily well at hiding what was then seen as an awfully abnormal stain. Reading psychoanalysts’ books helped me understand her and accept the situation despite the social context. I then fell in love with psychoanalysis and two decades later, I attended two different psychoanalysis courses in London where I luckily lived for over 10 years.

I also lost my father to cancer when I was about to turn 25 which triggered in me the urge to picture the unconscious dynamics and get deeper in my understanding of the life and death drives. How could I help the dying achieve a sense of wholeness? That was crucial to me and still is.

‘Drawings’ were initially developed for terminally ill young children, but this means has also been proved very effective with adults over the last decades. Susan Bach, a Jungian analyst, has focused upon the link between soma and psyche, which can be expressed in impromptu drawings. “Pictures are physical objects and the embodiment can take place in a very concrete sense; a picture can be seen, held, and stored in a way that dreams cannot” (Schaverien/ The Dying Patient in Psychotherapy 2002). A patient may not be able, physically or emotionally, to express verbally his needs or wishes and we know how intense the urge to achieve wholeness is for the dying, but they may be reflected through the symbolic language of drawings. For Jung, dying is part of the individuation process and depression may indicate unfinished business. As Gregg M. Furth depicted in ‘Living with Death and Dying’ in 1981, an unfinished business can be spotted through drawings as in Bill’s case, a hospitalized eight-year-old child: “Like the bubbles [abstract picture], Bill was unable to reach others; he could not communicate in a direct and conscious way”. I remember my terminally ill father coming back home carrying a very powerful dark painting showing a hand reaching out of the blurry dark crowd which was stunningly meaningful. He was trying so hard to stay with us.

In ‘Living with Death and Dying’, some of Furth’s patients knew their death was imminent, which was also conveyed in their drawings: “[Bill] made sixteen segments but did not quite reach the upper right corner. (…) I found it very striking and remarkable that Bill died sixteen weeks [later]”. My own father told us in August 1997 that he would die in a few months: he indeed died a couple of months later after a five-year fight.

How striking these non-verbal communication signs — sighs, paintings, drawings, silences, body language, etc. — are! They are of paramount significance not only for the dying or the sufferer but for the entourage as well, a way of sharing and understanding what goes beyond words despite the disease and the potential sad outcome.

Get in touch for a Complimentary First Session
Mentoring Approach